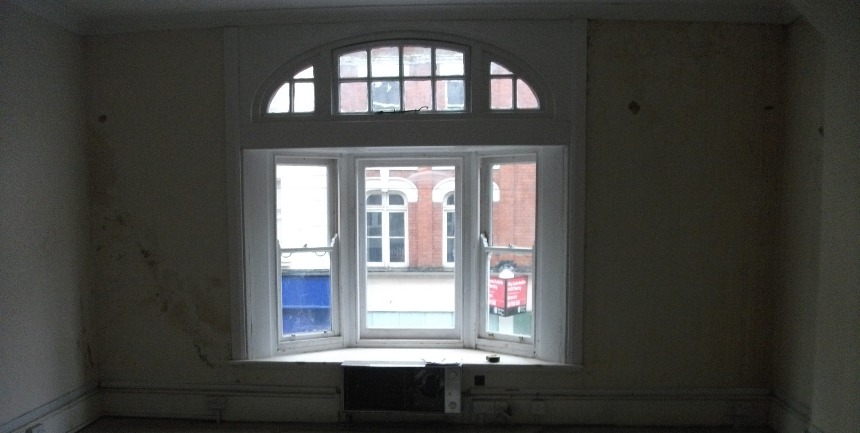 I had to set up two teams to work double shifts to meet the programme constraints. I was very proud of what we achieved.

A first class finish. The first floor was virtually unrecognisable after the new offices were built.

The project consisted of new wall coverings & decorations, hard & soft flooring throughout, new suspended ceilings, partitions and polished door sets to the newly formed areas. There was also some structural works involved when a new customer entrance was formed between the new and existing areas.